Sitting on our deck listening to music reminds me that I lead a charmed life. However, the solutions to get music outside have been complicated or lacking in quality.

Cables and a need for power make sound docks and other speaker systems less than portable. I was dreaming about a small wireless rechargeable speaker with a backyard filling sound when an ad for the Bose Soundlink (street $299.) caught my eye. After reading a few favourable reviews elsewhere I zipped over to Star Electronics to pick one up.

This speaker exceeds my expectations for its size. It’s small enough to carry on a picnic with a sound big enough to entertain a party. Turned up full the Soundlink fills the backyard and large rooms with clear undistorted sound. It delivers a surprisingly solid bass and extended highs. Even at low background levels bass remained present and distinct.

The Soundlink looks, feels and acts like a high-quality product. For example, when you turn it off, the sound fades away instead of ending abruptly. With a rechargeable internal battery and Bluetooth connection to a smartphone or tablet, it’s a completely wireless solution.

Bose and other manufacturers offer similar speakers that use Apple’s Airplay technology, but Bluetooth is clearly more versatile unless you only have Apple devices.

You can connect non-Bluetooth devices using a standard mini plug input. Clean design leads to simple operation using the six-button control panel on top – to turn the unit on, mute, volume up and down and select either Bluetooth or wired input.

I’ve set it up to connect to my iPad, my iMac and iPhone. I stream music from iTunes Match in the cloud, or from an Internet radio service to the Soundlink.

While sitting on the deck, enjoying listening to Stanley Péan’s most pleasant dinner jazz program on Espace Musique, it occurred to me that this configuration is the most expensive transistor radio replacement imaginable. That said, the sound is better than any transistor radio I can remember from my youth.

The Soundlink’s magnetic nylon cover doubles as a stand, protects the front and turns the Soundlink on when opened and off when closed. If nylon isn’t luxe enough for you, a leather-covered version is available for $50 more.

Although the Soundlink remembers up to five Bluetooth devices and connects automatically to the last one used, switching devices is complicated if both devices are within range. For example, if I’ve last used it with my PC and now I want to connect to my tablet, I have to go turn the PC’s Bluetooth off and then refresh the connection to the iPad.

The battery lasts for about five hours at high volume, but exceeds that at lower levels. I find I charge it about once a week after using it a couple of hours a day.

I’m an early adopter, so sometimes the thrill wears off on new devices, but after using the Soundlink all summer it hasn’t lost its appeal. I’d like it even better if it recharged using USB instead of a proprietary power adapter. 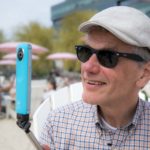 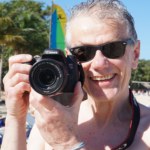