While there are many cameras that can be used for vlogging, there are not many that are designed specifically for the purpose. Sony’s ZV-1 is.

As the camera is in demand, Sony Canada provided me a shorter than usual loan period – 9 days. I concentrated my work on the vlogging and video features, including the updates and changes new for this camera.

Much of this video was shot along Toronto’s waterfront, along the Martin Goodman trail. The introductory scenes are at the foot of Norris Crescent.

I shot and reshot the vlogging scenes which illustrate the features several times, each time trying different features until I found the settings that seemed to work best. All that not only helped me understand the camera better, but also reminded me that vlogging isn’t easy, and likely isn’t my best thing.

We took the ZV-1 canoeing to shoot the picture profile scenes (with S-Log and HLG). The results are in the “Do you care where a camera is made” video.

The scenes not shot with the ZV-1 were recorded on the Nikon Z7, with the 24-70F2.8 lens. (Ontario’s reopening is far enough along that Nikon’s media agency is sending a courier to retrieve it tomorrow). Audio is from a Sennheiser/Apogee clipmic inside my glasses, recording to Metarecorder on an iPhone. An iPhone, running Pages in presenter mode, is also used as the teleprompter mounted on the flash shoe.

I adjusted exposure and graded colour using Final Cut, without the help of a LUT, except as noted.

Happy to answer any relevant questions, and to thank you for civil comments. 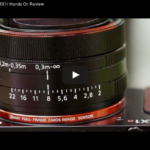 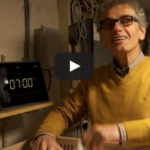 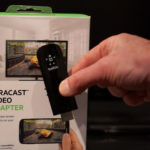 ZTE Axon mini 7 review
← Do you care where a camera was made? BTS Blackmagic Pocket Cinema Camera 6K →