What language do photographers speak? One: Hardware

You may have trouble understanding photographers. Even my family and friends often ask when I’m going to product videos in English. In this video, I review and explain the terms that photographers use when we talk about cameras – the hardware. This is useful information if you’re trying to figure out the features you need in a new camera.

This is part one about hardware terms. In part two, I’ll about the settings you use to properly expose and focus an image.

The following should help make sure you don’t buy more – or less – camera than you need.
In general, my guidance is – Get a camera you can afford, one you like the look of, one that excites you enough that you want to go out shooting with it every day, one that you never want to leave behind.

Early on in deciding on a camera, you’ll wonder if you want a mirrorless camera or a DSLR. Although there’s lots of discussion about which is better, they’re not really very different. The important difference between these two kinds is how you look at the image in the viewfinder.
A viewfinder offers a bunch of advantages – and there are disadvantages too – you can’t always get your eye behind a viewfinder – like low or high angles.
A DSLR has an optical viewfinder – meaning that you see the scene exactly as your eye would looking through the lens.A mirrorless camera has an electronic viewfinder – a small screen inside the eyecup – which shows you the scene in kind of a preview of the photo you’re about to take. So you see the results of the exposure settings before you record the image or video. On a DSLR you use the camera’s meter, which is usually incorporated in the optical display to show you the exposure.
Whichever style you prefer, with a viewfinder you’ll find that your ability to compose is better, the camera is steadier and your hand eye coordination is better – just try following a fast moving object on a zoom lens with an LCD.
DSLR style cameras are usually larger and heavier – not always – and are the older, traditional kind of camera. Many feel that the DSLR is inferior and will soon be found only in museums. That’s an unfair exaggeration. If you’ve been creating photos with your phone, it doesn’t have a viewfinder, so you use the screen. Nearly all cameras have a screen on the back, which you can use just like the phone. Like the small screen in a mirrorless camera’s viewfinder it also shows you an electronic preview. So you may be wondering why you even need a viewfinder.Many don’t use the viewfinder, but the advantages of electronic viewfinders- which is a long list from being able to shoot video to expanded view focus assist – have converted me.

I’ve reviewed cameras that have one fixed lens – those cameras belong in a category called bridge cameras. Mostly, I review cameras with interchangebale lenses.
this means that the lens can be removed and replaced with another. A camera that supports interchangeable lenses can usually be bought as a body only, or with a lens – which is called a kit, that’s why the lens that comes with a body is called the kit lens. By and large, kit lenses are of average quality, so calling a lens a kit lens is not intended to flatter. Why do you want to change lenses? Because although there are many general purpose lenses, there are even more specific purpose lenses – for nature photography, both for closeups of butterflies nearby and lions faraway, for portraits, for low light, for landscapes … without interchangeable lenses, you’ll be limited.

Good lenses are fairly expensive – but interchangeable lenses can last a lifetime. And typically you’d upgrade the camera body every 2-5 years. You’ll never regret buying one or more good lenses. However, lenses are usually specific to a camera manufacturer. Nikon lenses work with Nikon bodies. Although the mounts for mirrorless models are typically not the same as DSLRs. There are adapters available making older lenses work with newer bodies, there are also adapters making Canon lenses compatible with a Sony body, but they nearly always involve compromises. Often an adapted lens will require you to focus manually.

Although you hear a lot of talk about megapixels, the most important factor in image quality remains the size of the sensor. Better cameras have bigger sensors.
Back in the day, cameras used film – and the only reason I mention that is because most cameras used 35mm film. Now that sensor technology has matured, that’s also the preferred size for digital camera sensors.

In a digital camera, instead of film there’s a sensor. A full frame sensor is the same size as the image size of 35mm film (36mmx24mm). Less expensive and smaller cameras often use a smaller sensor in the APS-C size, which some vendors call by other names like DX. These sensors measure about 25 by 17 mm – about half the area of full frame. Then there’s micro four thirds – 17 by 13 mm about one quarter the size. And the one inch sensor 13 by 9 mm. I wouldn’t go smaller. For reference, the sensor in your phone is even smaller – typically 7mm by 6mm.

One thing, a larger sensor requires a larger diameter lens. And that typically means a bigger camera. That also means more expensive. I do have a minimum megapixel count – which is 12. But it’s been years since I was concerned about a camera’s megapixel count. And while bigger sensors are better, and they typically have more megapixels, sometimes less is more. A large sensor with fewer pixels can capture more light. For instance a full frame camera with a 12Mp resolution is a low light champ.
Sensor size is also a factor in lenses. Most manufacturers make a series of lenses specifically designed for their crop or APS-C sensors which, although they can be attached, they can’t fill a full frame sensor. The reverse is not true – full frame lenses will work on both. Sadly, the APS-C lenses from most camera manufacturers are not their best.

To summarize, my ideal camera has a viewfinder, interchangeable lenses, a larger sensor, and full manual controls. Manual control lets me set the three aspects of exposure – the shutter speed, the aperture and the eyeso manually. More about those in part two. And manual focus, although that’s often a function of the lens.

Why do I want full manual control? I actually expect both auto and manual, and use the auto modes for most images. But, when I’m not getting the results I want with the auto settings, I take over. That enables me to take silky pictures of waterfalls, to properly expose a face in the shade and do some advanced photo tricks.
Part of manual control is having the right dials and buttons to change settings easily. That’s a big deal. Depending on which settings you need to adjust, and how the camera enables those adjustments, can make your photography experience pleasant or painful.

Although there may be some similarities between different models from a specific company, in general, they’re all pretty different. But more buttons isn’t always better – so that’s one of the things I talk about in my reviews – what the buttons and dials do. And the usefulness of buttons depends on your style and the kinds of pictures you’re taking.

Although some models offer an on-board flash, which means you’ll never forget to bring it, they’re rarely very capable. Do make sure the camera has a flash shoe – that’s the mounting point on top of the camera. An external flash, even a small and inexpensive one, provides a great deal more flexibility and power. And a flash is useful for more than lowlight images. Even in sunlight, a flash provides better lighting, particularly for portraits.

Nearly all cameras save images in the JPEG file format, which is compatible with just about everything. But my last must-have feature is support for RAW format recording – the ability to save a file that’s exactly as the sensor read it, without the colouration, compression or additional processing added when the image is converted to JPEG.
I don’t always want to do it, but a RAW file has a lot more information and can provide a much better final image. That will require software like Lightroom or Photoshop to manipulate those settings.

Many cameras have in-camera RAW processing, enabling you to try multiple variations of colour and other image processing settings after you’ve saved a file.
Incidentally, I often use a RAW plus mode, which saves both a JPEG file as well as the RAW file. Yes, it takes up a lot of space on a memory card, but they’re so inexpensive that the compromise has never seemed worth it to me. And I’m Dutch. We’re stereo-typically frugal.

Which brings me to the last topic. Memory cards. Until manufacturers add on-board memory – which you find on every phone – you’ll have to buy memory cards. The most common format is the SD type, which is not as reliable as you’d like. There are some models that offer dual SD card slots so you have a backup if one fails. A few models have CF type or the larger sturdier XQD type.

In the meantime, if you have questions (or comments) please post them below, I do read and reply to all. 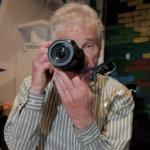 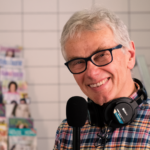 Better Audio for your videos 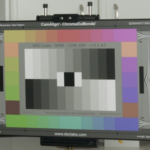 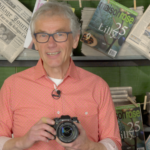