In 2012, we took the Sony RX100 on vacation to Europe – we loved it and came back with fabulous pictures. In 2013, we took the RX100M2 to Prince Edward Island, not so much – primarily because I was also shooting with the RX1r.So this summer, the RX100M3 made it into our carryon along with the A6000.

We spent several days in Vienna, took the train to Passau and then bicycled back to Vienna over eight days. We flew to Lisbon and also spent a few days in Beja. Comment if you want more details on the trip.

We returned with about 6,000 images, about 2/3 taken with the RX100M3. After the first few days, we used it nearly exclusively for food pictures and for night pictures. It was the camera that always came along.

If you are trying to decide between the three versions of the RX100, as all three are still available, I don’t believe that any are a bad choice. The original model was very impressive, and although there are substantial improvements to compensate for the higher price, the original is still and excellent camera, and at current discounts, a relative bargain.

The images used in the video, and their EXIF data, are available on Flickr. The images were not manipulated or modified in Lightroom, which I used to convert RAW files to JPEG and add the watermark. If you need more information, please comment. Images have been scaled to fit the 1920×1080 output resolution of the video at 95%.

Camera menu screen captures have been edited, condensed and sometimes accelerated. I’d been adding the camera shutter sound at video transitions in previous reviews. I’ve decided now they’re distracting, so there are only a few so you can hear the shutter. Note that on the RX100 it is artificial, you can turn it off which makes it (nearly) silent.

As always, my thanks to Sony Canada and their very helpful staff. They loaned me the camera for this trip, but did not compensate me nor review the video before I posted it.

As always, if there are any details I’ve overlooked, I welcome (and reply to) your comments and questions. 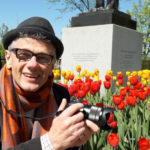 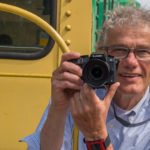 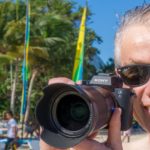