On several occasions last summer Kim and I headed off to the Niagara Region for a bike ride, a picnic, some wine-tasting and dinner.

We invited friends along and each time we all had the best time. We also heard that many organized their own version of the ride with their friends. So here is that experience in a video. We’ve done each of the things listed in the video more than once, and enjoyed them each time. We’ll likely be repeating this ride several times this summer.

From the west end of Toronto, it’s slightly over an hour drive, but it doesn’t matter where you start as long as you get to Niagara by about 11AM. We originally picked up picnic supplies at several places in Toronto, after all we’re very close to The Cheese Boutique, and they have excellent breads, cheeses and sliced meats. Of course, we also brought mini cucumbers, cherry tomatoes, almonds, apricots and other treats for the hungry cyclist.

Late in the summer, we realized that we could stop at Ravine’s Grocery to pick up supplies, so that’s our new go-to for bread and sliced meat – both of which they make on-site (although they also carry sliced meats from Pingue).

If you’re regular cyclists, park at the south end of the trail, at the Spanish Aero Car (or Whirlpool Aero car as it’s now called). Or if you need to rent bikes, start at Zoom. That amounts to a 40km or so round trip to Niagara on the Lake (or Whirlpool Aero Car) and back. If you’re less than regular, park at Queenston Heights park, or turn around just before the climb up the hill. At 20km, it’s an easy ride, that anyone should be able to complete in about an hour. It’s flat, off-road and clearly signed.

View Niagara on the Lake in a larger map

The people that appear in the video really are symbolic of everyone you meet in the region. This is Canada’s friendliest region. There are more wineries than I mention along the route, and in the region. I’m sorry that Southbrook, which is also one of our favourite winery stops isn’t closer to the trail. If you’re not biking, stop at their pizza patio for lunch and a tasting. Or join one of their great events (like Taste the Place) during the summer. And of course, there are many more reasons to visit the region, from the Shaw Theatre to Casino Niagara. You’ll also find excellent hotels and B&Bs for overnight stays. I didn’t mention afternoon tea at the Prince of Wales in Niagara on the Lake, but in the Christmas season, that’s a must-do. There are other rides and so many nice and interesting places to go that I didn’t end up including, I’m thinking about a second version.

Writing and shooting the video was an interesting experience – especially as I wanted to visualize as many of the components as possible. Hopefully it’s not obvious that we shot the scenes over two days, and Kim was with us only for one. Watch carefully for continuity on the sunglasses. And note that I’m using the shot of the illuminated falls at the end over Doug’s objections.

I ride a Kona Dr Dew, Kim rides a Kona hahana. I have never been happier on a bike – with the Shimano alfine 8 speed hub shifter, it’s so quiet and it feels effortless to ride. I have a spongy wonder bike seat, which is absolutely the perfect pain-free ride. I use mapmyride to track my biking activities.

Tom Hanley graciously composed and played the guitar theme, the intro piano theme is by Calla. I thank both Kim and Debbie Kimmerly for their patience while we were shooting.

The video is shot using a Sony NEXVG20, with the kit 18-200 lens. I use a Sennheiser ew2 radio mic kit. For voice overs (and to record Tom’s guitar track) I use an audiotechnica AT2020. Manfrotto tripod (190xb+701hdv. The video is edited in FInal Cut X on an iMac. The font for supers is ITC Franklin Gothic Demibold.

As always, I welcome any comments or suggestions to improve my work. 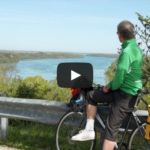 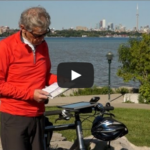 Seven things you need for a great bicycle ride 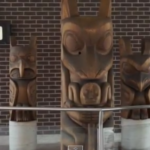 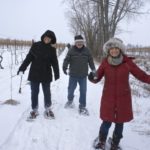