How Big is a One Inch Sensor

After I posted my review of the Canon XC10, a viewer asked why I didn’t mention the real size of the one inch sensor. That’s an oversight, which I’ve remedied in the video below.

I’ll also remember to say “one inch type” sensor in future videos and provide a link to this one.

Behind the scenes:
This was fun to do – once I realized it was going to be a lot of me on camera, I decided that doing in John Oliver style would be an interesting way to present this.

The basic concept came to me on Wednesday night while on the treadmill at GoodLife. I came home and wrote the script using Microsoft OneNote- with a little bit of research, that took about 90 minutes.

Thursday morning revised the script and set up the studio. The desk and curtains are already in position, but needed to be arranged as they tend to accumulate other projects I’m working on. I set up one Westcott D5 softbox, put a Sony VG20 with the 18-200 kit lens on Manfrotto 546 sticks with a 504 head. With a Shape Papparazzi mount, I attached a Onetakeonly iPad prompter. I connected the RodeLink wireless receiver and Sennheiser HD 215 headphones. I put a Sony CLM-V55 monitor reversed so I could see the shot – it just peeks over the top of the prompter. I rounded up my props – a Canon EOS650 body, A Kodak box my mother brought with us from Holland, an unexposed roll of Fuji film. I set the exposure (1/60, F5.6, gain 24db) and made final lighting adjustments, set white balance and focus (using a cardboard of Sam The Record Man. That took about an hour.

Using textedit I transferred the script to an rtf file and saved it in dropbox. Using Teleprompt+3 I loaded it onto an iPad. I rehearsed it several times to get the timing right, setting the scrolling speed and adding line breaks and cues for my props. About 30 minutes. I put the second iPad in the prompter and connected the two iPads to a common wifi network and set one in slave mode. About thirty minutes.

I dressed in a Pal Zaleri summer weight jacket, with a Lipson shirt and Michelle Sartori tie. I put on the RodeLink wireless mic, adjusted audio levels and recorded take one. I took the SD card to my iMac and reviewed the take in Final Cut. I made some audio adjustments and then recorded two more takes with a couple of false starts. I wanted to do a full pass in one take. I appreciate that jump cuts make you look hip and with it on YouTube, but that’s not John Oliver style.

Back on the iMac, I reviewed the two complete takes – the last one had only one mis-step, I said “nine one inch sensors are equivalent to a full frame sensors”, but decided that was good enough. The shooting took less than an hour.

I turned off all the recording equipment while the material loaded into Final Cut. I edited with FCX 10.2.3. adding supers, and visuals – sourcing some images from the Internet, being careful to use images from wikipedia available with a creative commons licence. The size simulations were created using FCX primitives, all sized and positioned, with text, in FCX. I hesitated over the laugh track, but it’s used mercilessly on John Oliver so using sound effects provided with FCX, placed them in a few strategic places. Editing took about two hours.

I asked Kim to review the video and she suggested that I cover the entire video with the title slide (How Big is One Inch?). I then rendered and uploaded the final version to Youtube. I used a Youtube captured thumbnail, added the appropriate tags, description and other settings. I posted links in Facebook, LinkedIn, Twitter, Google+ and Tumblr.

From concept to delivery, this project took about 18 hours start to finish. (and I slept for 8 of those, ate breakfast, etc. during that period.)

This morning the clip, according to real-time analytics has 470 plays.

As always, Thanks for reading and watching, I’m happy to have your comments, and read and reply to all. 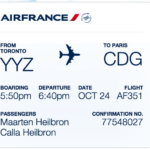 My bags are packed … 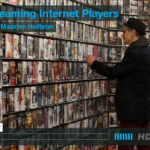 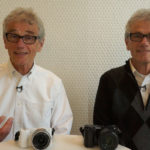 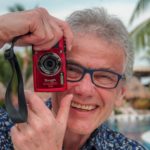